I am back from Finland and will be ready to share that experience soon. For now, I wanted to share this new project on the Class Clown. I know that we all have had class clowns in our rooms and they are very hard for new teachers to deal with. This new book and Class Clown App is worth looking into and sharing with the class clowns in your classrooms. The short statement below on class clowns is written by Stephen Mooser, the author of over 60 books for children including his latest title, Class Clown Academy, the basis for his Interactive online school. For more information, go to: www.classclownacademy.com

If you search for “Class Clown” online, what comes up most often are teacher strategies for dealing with disruptive students. You’ll also discover plenty of amateur psychologists diagnosing the range of mental illness from which these clowns surely suffer, starting with ADD and ending with schizophrenia. A disruptive student, prancing around the room making faces, poking their fellow students, throwing things, or shouting at the teacher is not a class clown–it is a disruptive student with some serious problems.

First, they happen to be funny and can’t help themselves.

A real Class Clown, as the name implies, is someone who is funny and makes people laugh-hopefully not at another student’s, or the teacher’s, expense. From my experience as a class clown throughout my elementary and middle school years, and of talking to others who have also held the position, there are a number of very good reasons why someone would take on the role of class clown . First, they happen to be funny and can’t help themselves. Most likely they have spent much of their spare time perfecting the craft of telling a joke, posing a riddle or twisting a pun. He or she is no different than the boys and girls who master video games in their room, or the ones who draw in class all day, doodling their way toward a career in art.

But there is another reason kids become class clowns. It is very often a defense against bullying or social ostracism. Stories of how and why a Class Clown learned his or her trade are not hard to find. All you have to do is skim through the biography of any comedian, and you’ll discover, most likely, their first gig was working the room in the third grade. Humor not only makes you a lot of friends, it can often disarm a tense situation. I am not necessarily arguing for special recognition of Class Clowns. Though it might be fun to put on a Class Clown Pride Parade down Fifth Avenue complete with a whoopee cushion band and a paper airplane flyover just to see what kind of a turnout we might get. And though we might want to petition Congress for some kind of non-discriminatory legislation I have my doubts it would ever reach the floor of the Senate or the House–this despite the fact there’s a majority of clowns in those chambers.

Seriously teachers, when it comes to class clowns the only thing I am arguing for is the same thing Rodney Dangerfield wanted for himself–just a little respect. 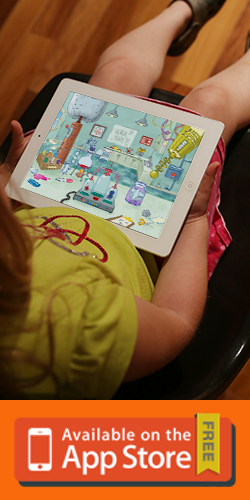