During the summer the Class Clown Academy opens for twelve days to let class clowns brush up on their skills. The Class Clown Academy is a special place that keeps our educational system afloat, a unique institution that requires a steady supply of dedicated jokers—people who aren’t afraid to propel a classroom of students out of their seats and onto the floor, howling with laughter. Could that be you? Would you like to be part of the next generation of class clowns? Are you dead serious about being ridiculously funny? Can you laugh hard enough to blow milk out of your nose? Build a paper airplane in under ten seconds? Do them both at the same time! In this book you’ll get a first hand peek at what it takes to gain the school credits necessary to be an official class clown. Meet the students and the teachers, complete an application for the Class Clown Academy! 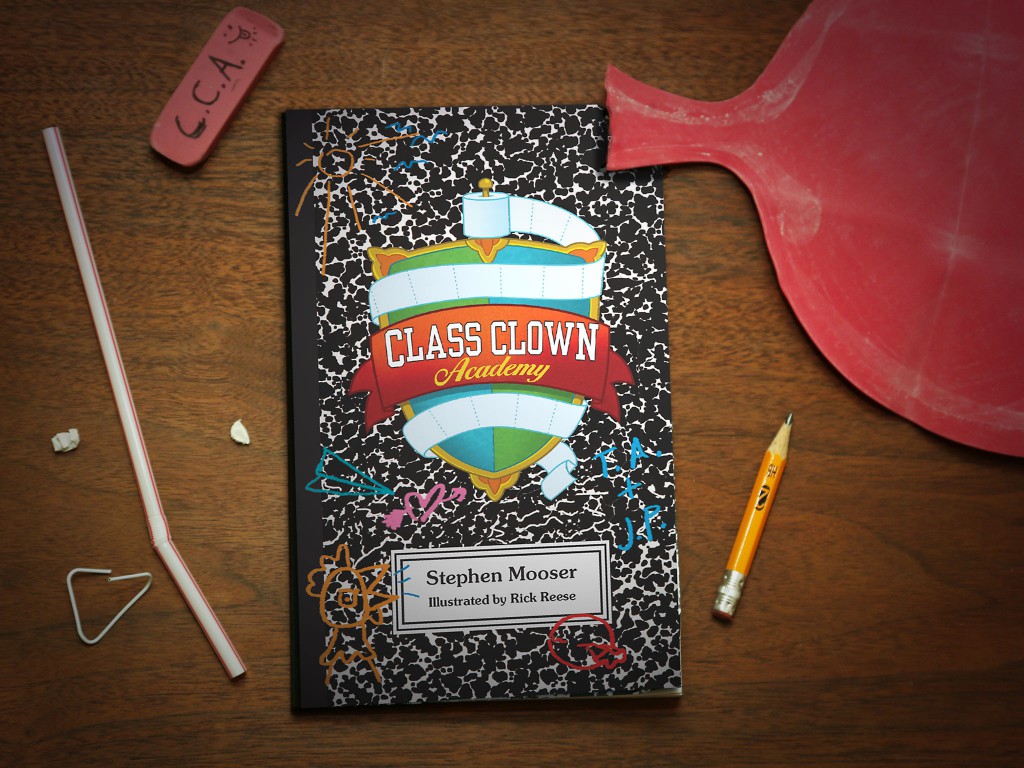 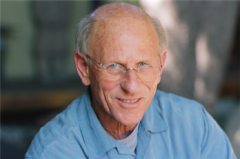 Stephen Mooser grew up in Fresno, California and later attended UCLA where he received a BA in Motion Pictures and later a Masters in Journalism. Steve even got into politics and was President of the UCLA Senior Class in 1963. After graduating he spent some time looking for treasure. Steve searched for pirate gold hidden an Island in the Gulf of Panama, and spent nearly a year searching the Utah desert for bars of silver stolen by the Outlaw Butch Cassidy and his partner, The Sundance Kid. Needless to say, Steve didn’t find much treasure, but many of his personal adventures have found their way into his books. Steve Mooser’s first book for children, 101 Black Cats (Scholastic) revolved around a treasure as did Orphan Jeb at the Massacree (Knopf) and Shadows on the Graveyard Trail (Dell Yearling). Among series books Steve has written are The Treasure Hounds (Troll), The Creepy Creature Club (Dell), The All-Star Meatballs (Dell) and Goofball Malone, Ace Detective (Penguin). In all Steve has written over 60 books for children. In addition to adventure stories, he has written a number of nonfiction books about the Weird and Strange. Those include Into The Unknown: Nine Astounding Stories (Lippincott) and The Man Who Ate A Car and Tons of Other Weird True Stories (Dell). In 1971, with Lin Oliver, Stephen Mooser co-founded the Society of Children’s Book Writers and Illustrators. Today, the SCBWI has nearly 25,000 members around the world with chapters everywhere from Montana to Mongolia and Indiana to India. Find out more at www.scbwi.org You might be interested to see Steve’s latest project, Class Clown Academy at www.classclownacademy.com . The Class Clown Academy is a virtual school where you can watch funny films in the school theater, build and fly paper airplanes, have a food fight in the cafeteria, compose some whoopee cushion tunes in the music room, and shop for neat Class Clown Academy books and merchandise in the student store.